When federal funds became available for regional library development in 1965, seven Regional Library Systems were established by the Kansas Legislature. The system law (KSA 75-2548 and following) was amended in 1968 by the legislature to allow school and academic libraries to participate in regional systems of cooperating libraries. The law permitted the systems to levy a tax on property within the boundaries of the system that is not taxed for the support of a public library. An elected twelve-member Executive Committee meets monthly to consider policies and provide financial oversight.

Using meetings, surveys and formal planning and evaluation processes, SCKLS continuously develops grants and services to meet the changing needs of member libraries and communities in our service area. Along with the State Library of Kansas, the seven Regional Library Systems cooperate and collaborate to improve library services to all the citizens of Kansas.

SCKLS includes the twelve counties of Barber, Butler, Cowley, Harper, Harvey, Kingman, McPherson, Reno, Rice, Sedgwick, Stafford and Sumner and has a service population of approximately 795,000. There are 145 members participating and eligible for grants and services. Membership and participation are voluntary and each member library retains its local self-government and independence. 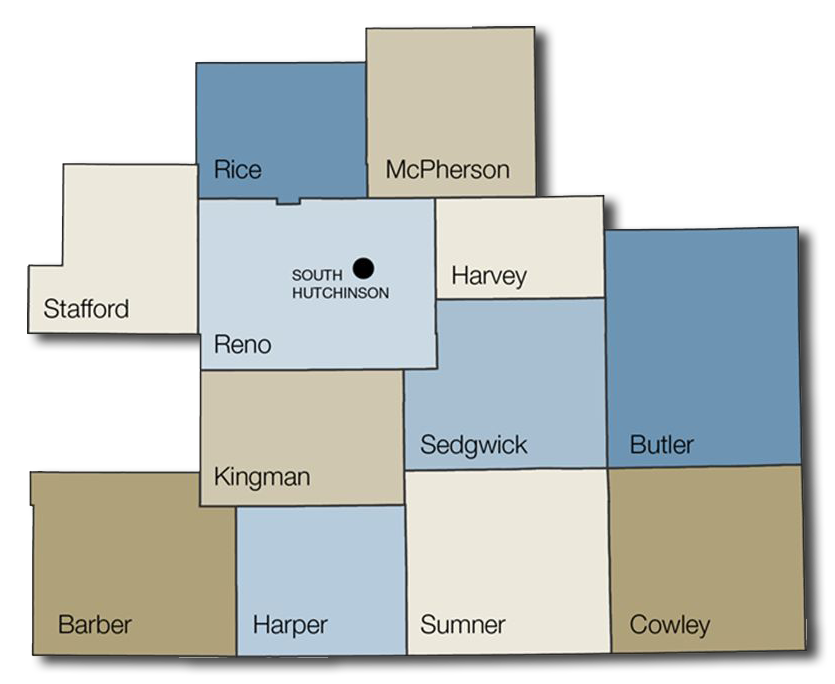